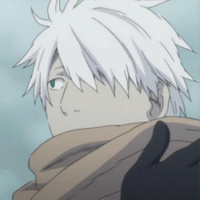 Mission Details:
Mission Name: Postal Service Support
Mission Type: Delivery
Mission Rank: D-rank
Mission Goal: Spend a day delivering parcels.
Description: Konoha's postal services is severely understaffed these days, and they decided to hire ninjas to help to deliver packages, parcels and envelops to people's houses. You are required to spend the day working there, delivering as many parcels as you can.
Payment: 10,000 ryo
Requirements: Genin

Hiroshi started to get progressively more and more busier as a Genin the last month as compared to the first month of him being a Genin, not a lot of mission and for the few ones he was assigned to, it was very mundane missions like walking the dogs, pulling out the weeds, chasing the dog, missions like that. It wasn't to say that this mission couldn't be seen just as mundane but he's glad that Konoha is starting to see him more seriously as a ninja now and less as a child pretending to play as a ninja.

Regardless, he got assigned another mission and he intended to do it on whether or not it's prestigious, it's a mission of handing out postals to a number of houses. It felt like a good exercise and he could already see himself jumping across the rooftops to make fast deliveries. It wasn't a high-risk mission, but it certainly beat walking the dogs, that's for sure.

He had already made it to the postal office, being told that he had a partner for this mission and before walking into the office, would wait for whoever their partner is.
Izumi 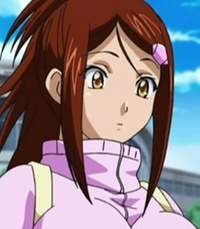 "Oh, hey Hiroshi." Izumi said as she walked into the postal office. She'd only ever been to the place once, since her family had the mail delivered right to their house. But she still managed to find it okay. She thought she might be late, with her partner for the mission already being there, but Hiroshi just seemed like the type to pretty much always arrive first to everything.

The young Shimura girl stepped into the office and looked around. Just like the academy training area, this place had gotten smaller. It was so huge the last time she had seen it! Now it just looked totally average and boring. Hopefully the mission wouldn't be boring. Although, even if it was, it'd still be better than that academy mission. Man, that one was rough!

"So, how do you wanna do this mission?" She asked Hiroshi.
Daisuke Kaguya

Another mission with the same girl, to be honest he was glad he moved over from that whole situation with her nervousness. It seems that he wouldn't have to worry about that this time around though, since their mission is just delivering postals to houses and at worst, it's only one person opening the door to see the postal arrive. When she got asked on how they could do this mission as they walked into the office, he already had something in mind about that.

"If we take a equal number of postals and deliver them, or alternatively I could use my shadow clones and they could deliver all the postals in a number of minutes I think... or..." he wasn't so keen on this second option he was about to suggest, but if she really wanted to, he wouldn't mind doing it. "We could take them together, walk around the village and have a chat if you'd like as were delivering them but if we want to wrap this mission up faster, I'd suggest the first option."
Izumi

"How about we go with the first option and see who finishes first? But no shadow clones!" Izumi suggested.
Daisuke Kaguya

Hiroshi nodded with her choice, giving a light chuckle at the statement of using no shadow clones. "That's a bit of a bummer, but I accept." and with that, Hiroshi wasted no time rushing over to the desk and grabbing his selection of postals. "Better be quick then!" he said, already grabbing his selection of postals and rushing out the door, a bit cheating since he practically took the head start for himself but this is one competition he wasn't planning to lose, even if it's in good fun.

He took it seriously to the point that he actually started to jump across the rooftops of buildings, to get where he needed faster and with his recent training over the past few months, he's built himself up to the point of doing so in a more refined way where if he was to do this back as a starting Genin, he probably would've fell already!
Izumi

"W-wait! Grr." He was already out the door before Izumi realized what happened. She rushed up to the desk and grabbed her half of the letters. Then she ran out the door after him. By then, he was already on the rooftops, making his way towards his first delivery. Izumi wouldn't lose so easily, though! She ran up the side of the postal building and started running towards the first address. She had to play it smart, though. As she was making her way towards the first street, she started glancing down at the next few letters so that she could organize them by distance. That way, she'd be more efficient and stand a chance of winning, even if she wasn't quite as fast as Hiroshi. The first house was coming up!
Daisuke Kaguya

Hiroshi was so focused on the headstart that he hadn't sorted out the letters that were closest to him, resulting in him possibly getting his fair share of long distance houses that he has to go to, meaning if he even was to use his shadow clones, they would just pop off after they're a certain distance away from Hiroshi. This led to his speed picking up and he even considered using the body flicker technique, but that would've been very risky considering there's no long pathways where he can just keep it activated and steer in one direction, not to mention that it's very likely he would just bump into somebody hard since he wouldn't be able to keep track of such high speed.

Fortunately, he finally made it to his first house and slipped the postal under the door, quickly running off to his second house which is a fair distance from the first one. "Damn... I get the feeling she had better luck then me when it comes to these houses." still, it wasn't in his favour but that didn't mean he was going to lose!
Izumi

With a quick jump over her first house, Izumi launched the letter in mid air, hoping to hit the mailbox. She missed. With a loud, exacerbated sigh, she hopped back down, picked up the letter, and put it in the box. She then went on to the next one. Along the way, she continued to sort through the letters until she'd finally gotten them all organized. When she saw the second house, she noticed that it didn't have any box or door slot. That meant she could throw it right in front of the door, like a newspaper! She may not have good enough aim to get a letter in a mailbox, but surely she could hit somewhere in a target as big as a door mat!

Izumi flung the letter from a rooftop and made it with resounding success! She could almost hear the crowd chanting her name. With a little more motivation now, Izumi picked up the pace and moved on to the next few houses. She wondered how Hiroshi was doing by then.
Daisuke Kaguya

About an hour had passed and Hiroshi practically ran all over the village, feeling like he went to every large corner of the village just to deliver mail to very specific houses, to which took him a bit to single out. He wouldn't be surprised if Izumi had beaten him at this point, as he finally finished up the postals he had to deliver and raced on back to the office, which in itself took a while.

When he would finally make it to the office, he would be right outside the door, opening it to see if whether or not Izumi had beaten him on this mission. He felt like she would've as it's possible she had far better houses and locations with her postals compared to his.
Izumi

Only one house left to go and wouldn't you know it, Izumi had to stop and tie her shoe. At first, she thought about letting it go, but then she imagined trying to race back to the post office and tripping and breaking her face. That didn't sound too good. She stopped, tied it as fast as she could, and took off towards the office. Hiroshi was walking up towards the door just as she got within sight of it. "Shoot! I can't lose." She told herself.

"Hey, Hiroshi!" She called out. She hoped he'd stop and look back long enough for her to rush right past him and through the door he was holding open so that she could win.
Daisuke Kaguya

Unfortunately, Hiroshi did fall for it, he opened up the door and as soon as he heard that shout, he wasn't really thinking properly after a long hour of just outright running all around the village and before he knew it, watched as Izumi ran through the door. "Hey, what's the rush- no..." he had just realised it at the last split second, she had just beaten her. "Oldest trick in the book and I fell for it... geez." Hiroshi wasn't all too pleased about it, but in the end they still did their mission and it wasn't like he had anything to prove to her... at least, that's what he wants to believe.

"Well, the mission is done either way. I'm going to head home, what about you?" he would wait for her answer but right after, he would start heading off.

"Yeah...whew, me too." Izumi said. She was winded after that super sprint she just did. But it made her win! That's what mattered. And she totally wanted to prove it to Hiroshi after that last mission they did. She checked in with the postal people to let them know that everything had been delivered as expected and then went out the door after Hiroshi. Maybe she'd make a stop by the ramen shop before heading to the house...