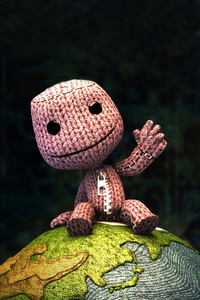 The light of the sun was stolen from the two Genin by the large trees that towered over them, the area was shady, patches of black everywhere with an unfriendly chill in accompanying it. Kanye didn't expect any different, this was after all the training grounds, where blood, sweat, and sometimes tears mixed with the hard dirt. Despite the intimidating aura the first section of the grounds carried, there would be far more worse ahead, this area was merely a stepping stone for Genin, and a playground for higher. "What do you think? This spot should be fine." The boy didn't want to venture further across the grounds, as his goal was to practice something he was already suppose to know, although if his sister said different then he'd have no choice but to follow her.
Amika 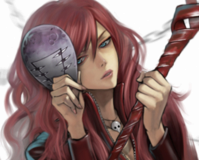 "This'll be great, the trees and shrubbery can hide you a bit while you catch up," Amika stated as they entered into the area, their shadows blending in with their surroundings. The quicker they got into it the better, because the icy cold breezes that continuously swept through the place made Amika shiver. Cold wasn't something she liked to tolerate, but she kept her mouth shut about it since she knew complaining about it wouldn't make a difference. It wasn't unbearably cold though, so maybe once their focus was on training she'd forget about it. "Is there anything you do remember?"
RiceWanderer

Kanye Inazuma
The cold scoured up his body, causing the boy to flinch, but still remain straight faced. He observed the greenery the black patches of shades, agreeing with his sisters words. It was a would of been nice for a spar, hopping in an out the shades, camouflaged by the bushes, and held by the trees. He looked at one of trees deeply, noticing a deep gash in the trunk, "Must of been practicing tree climbing", he thought, pushing the tips of fingers together. "Small sequences, I need to work on that clone technique, and my body replacement jutsu. Feels like my speed with the handseals are slipping." Kanye wanted to make sure that he had would get this right and lodged in his memory.

Slowly the young boy would form the ram and snake seal, however he was hesitant at what came after, looking at his younger sister for guidance.
Amika

Amika snickered at her twin when he flinched at the bitterness of the cold. She gave him a quick snuggle to warm him up before taking a few steps back to let him have some room to begin. Well, maybe it was also to steal a bit of his warmth just to deal with the unlikable temperatures a little easier. It gave temporary relief, and somehow the warmth from her brother lingered long enough that when the cold breezes struck through another moment they were barely noticed by the red haired girl. Once Kanye looked to her for guidance, she told him, "Tiger." Hopefully he knew which form that was.
RiceWanderer

"Thanks."He started to feel the warmth from his sisters circulate around his body, the sweet odour she left lingered in his nose, and a lock of her hair, stood out on his vest shirt. He practiced the three seals for bit, getting his hands familiar, starting off slow, and then quickening his speed, his head nodding in sync with each hand-seal. Slowly he began to develop a rhythm counting up to 3 in heads. The Genin would take a shallow, short breath focusing his chakra, "one, two, three," Kanye would whisper, as he weaved the hand seals. His hand-seals were quick, he felt his chakra circulate, the boys after image would split, it looked exactly like him, he raised his left eyebrow. "First one down, what do you think sis?"
Amika

Kanye's rhythmic practice was amusing to the girl. If she didn't take training as seriously, she would have called out some random number while he counted to mess him up. There was a time and place for fooling around, though right here and right now wasn't one of them.

"It's alright so far," she started her criticism on him. "But, can you actually do something with it other than having it just stand there?" Amika encouraged her brother to go further. What point was there to the clone jutsu if the user only ever managed it to appear idle? She threw a nearby twig at it, in an attempt to make it poof out of existence as a low level clone might once it made contact with something.
RiceWanderer

Kanye Inazuma
The clone wouldn't react to twig, allowing the twig to pass through it as it had no substance, no shadow either, Kanye would cancel the jutsu. " No flaws escape you then", the replied. "You're right, I need to do something with them. But what I can I do with them? They can't hit people, Kanye thought of a few thing he could use the clone technique for, remembering back to a class the technique itself. "So what would you use it for Oracle?" Kanye teased, moving closer towards to his sister.
Amika

Amika deflated with disappointment that her brother seriously just asked that. "Think about it...what does a clone do?" she ran Kanye through the thought process. "It's an exact replica of you, except isn't real. That being said, you can use it to confuse an opponent. Get them mixed up with which one is the real you." she explained. She watched him with a judgmental expression, albeit still caring. She began to think that maybe he lost a few brain cells since their academy days, although Amika considered that his fighting style would be practically the opposite from hers. Her glare on him grew softer, as she waited for him to redo it.
RiceWanderer

His sisters stern tone brought a smirk, that would suddenly disappear. "Still as sharp as ever, your memory has always been good." Idea's began to form in his head on how to use the cloning technique, though he knew already how to use the technique, expanding on the basics he found was very helpful. He pondered the idea of asking another "silly" question to his red headed sister, and would decide against it, after all he didn't want to give her heart attack, the glare she gave him had him thinking she would have a heart attack.

"Right", he calmly said, leaning back to embrace the stretch of his back. Kanye squatted, reaching for the stick Amika threw earlier, then he began to test it's thickness on the palm of his hands, slapping it. The top was rough, yet the part his hand handled was smooth. He then picked up a handful of leaves, smirking once again as he thought about what his sister would say and think about his actions. "I want you to try and strike me with this stick Amika, I want to time my replacement." He held the stick out to her, a slight smile on his face.
Amika

A slight sense of shock lit up in Amika's eyes. It certainly wasn't every day she had the opportunity to strike her brother with a stick...not that she wanted to. Well, since she didn't want to the request caught her off guard. How would she do such a thing to him, anyhow? It was easy to picture the most torturous of scenes with anyone she found distasteful, but to conduct even the slightest of harm on him wasn't within the girl's comprehension. Despite it being for the sake of training, inflicting any sort of pain to Kanye would just as much hurt her too. Although, this wimpy demeanor wasn't something Amika boasted. What could a stick do to him anyways?

"Hah!" she cackled, "may as well." She swiftly grasped the stick and took it from him, hoping to make her unease not so obvious. Taking some distance once again, she readied the stick to be thrown. "Ready? 3...2...1!" Amika threw the stick at him with a countdown, that way she'd have a better chance of avoiding her fears come true - at least this time. She expected him to be able to evade it with his clone jutsu worked on again.
RiceWanderer

Kanye noticed his sisters unease, yet admired persistence even if it was something she didn't want to do. He began waiting for the short countdown, a voice counting down along his sisters in depths of his head. As soon as the stick was sent twirling towards the him, the young Genin would clasp the handful of leaves. They felt smooth and fragile, clothlike against the palm of his hands, He wished the leaves were mint, at least then they would leave a fragrance. He waited for the stick to get close, just before substituting himself with leaves.

Kanye watched every single leaf fall gently to cold hard ground, Kanye nodded his head in approval, his technique may have needed a little work, especially with timing, but it was enough for now, the boy has never believed in diving into things head on but only breaking into things slowly.
"That's me done, honest opinion sis?" He asked, looking directly at her with a slight smile.
Amika

Kanye proved that he was still capable of basic shinobi skills. Amika clapped, at a slow and even beat. "Congratulations, you re-passed the final academy exam," she stated, unamused. "Maybe if you keep working on it until you can't forget it you'll be able to use it for real. But it'll do for today," Amika returned Kanye's slight smile. "Well, that wasn't such a difficult training session...what should we do now that we got done what we needed?" she asked with a sigh.
RiceWanderer

The sarcasm she threw at him, raised his eyebrows, painting a mellowed grin on his face, before returning back his straight face. "yeah, you are right." Kanye flexed his fingers, something he usually did when trying to think, he liked the look of veins that raced around his hand branching off in different directions. "Got what I needed, all that's left for me to do is turn in this mission." He said, pulling out the resealed scroll.
Amika

Despite those moments Amika took out her frustrations on her twin brother, she would never deny that he'd always make her laugh. Something about the expression and posture that Kanye formed when he was in the middle of thinking made her giggle. By no means was this aspect of her to be demeaning, but rather a more harsh caring over him. Lagging behind like this in their world could easily get them killed, or others killed. There was no way Amika would allow for Kanye to get left behind, no matter the cost nor the circumstances.

"Oh cool, well, let's go take care of that then grab something to eat?" she suggested. It was common for Amika to tag along with Kanye for such little errands, almost to the point it would feel weird for her to not to. At the same time, she didn't want to invite herself. She wasn't sure if he had other plans, after all.
Current date/time is Tue Jan 28, 2020 12:26 pm