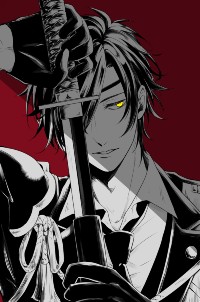 Kye was up early enough to catch breakfast and travel from the Inn to the shipyard where Lady Nariko organized a ship from Kumogakure's military to take the rosy cheeked Kumogakure ninja to the Land of Water. Kye remained rather tame not showing extreme enthusiasm. It wasn't that he was too cool for the exams, but instead he felt a cool demeanor and a careful approach was the best way to succeed. He didn't have much planned aside from a quiet boat ride. He'd wait patiently for the others to arrive at the docks, Kye leaning against a stack of crates next to the Frigate's gangplank. It was only a matter of time before the others arrived... 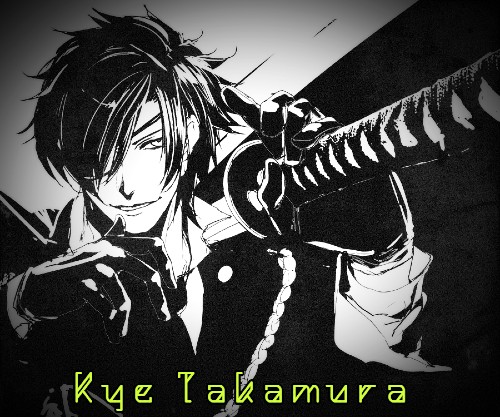 CE. Huh. She knew about it alright. Just never understood the importance of it. The Tengu didn't care for beating up others or writing letters; she had always been hammering away the day at the forge. Leaving it for the first time was a coincidental event caused by a fool of a burglar. Leaving it every other time was when she was requested to 'deal with things'. Like now. Supposedly she had to 'deal with things again'. Involving kids. Non-edible kids, at that. Because kids were not supposed to be eaten for breakfast. Odd. But since those were the orders of the kage, one emaciated-looking alien beauty joined the party on this ship. A pair of horns, a persistent glint of demonic cunning and a faint but devilish smile. Seemed like she was ready. The question rose: would they be ready to deal with a devil?

The spring morning calls
into the haunted forest
forgotten secrets.

Andariel traveled like a lone knight following the path to the port town located away from Kumogakure. It was a pleasant hike with no interference. The smell of salty sea air brought back many memories of her past as she was either around a port town or on a ship for most of it before settling in the high mountains where Kumogakure resided. They were designated to take a frigate from the Land of Lightning to the Land of Water in order to participate in the exams. She came will equipped with her best gear for the occasion. She'd join with the others waiting for passage, stepping onto the ship and starting to get comfortable in her quarters. 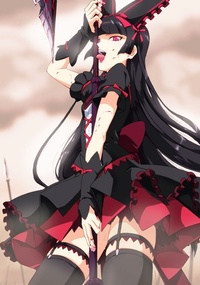 The twins would arrive at the meeting point with wide smiles on their face they were heading toward the Chuunin exams. This was a difficult time for Kump the nation as well as the major tensions between Kumo and Kiri however this would not stop them from going. They would arrive in their typical ceremonial rodes they often wore and carried with them the large scythe Shimiko had made the pair, seeing the others they would give a bow before entering the ship. They spotted several Onis which made them happier they did enjoy the Oni clan as they often enjoyed feasting on human flesh just like the pair enjoyed it.

Valris would arrive shortly after the twins, stepping onto the boat with the subtlety of a walking mountain. His Jounin flak jacket was on, the only thing he did wear on his upper body, and left open. His black shinobi pants and boots rounded out the look besides his equipment. The cleaver on his back, and his weapons pouches. He took note of those on board, he recognized the twins, and Andariel. He did not recognize the third Yokai on the ship, and his eyes widened at a third Oni. Mayhaps she would be interested in banding those like them together? One could only ask to find out. Finally, there was a man whom he had never seen before. He checked his list and noted it must be the one known as 'Kye'. He'd shrug before moving to sit near the door to the quarters. Ships quarters were generally tight and he didn't feel like dealing with them while he carried a cleaver around. So he would sit down, and wait. The Land of Water wasn't that far away after all. It shouldn't take them too long to get there.

Arriving at the port straight from a mission, Tsuki walked into the port still geared for travel. Good thing she packed her trusty supplies to last her for the week. If able Tsuki will stock up on food to replenish her rations. If they're going to this Land of Water, Tsuki hoped to come prepared in case there were any delays. Noting the number of people that have arrived, Tsuki recognized a couple of them. Kye specifically considering she was just working with him. The others she didn't recognize however. Still, she waited with everyone for the departure. Wondering and full of curiosity on what awaits them.

With all members on the Kiri Expedition on board the captain ordered the anchors to be reeled in. Sailors worked to open the sails allowing the sea winds to pull the ship away from the docks. As land slowly drifted from sight they were all soon surrounded by ocean on their journey to, which most would consider, a new society.