Clean up the Beach! [Mission | Solo] 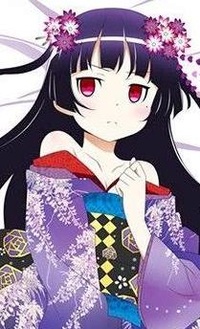 Clean up the Beach! [Mission | Solo]

The medic, known as Yumi looked over the Kirigakure Mission board to find a job to take. Sadly they had taken all the jobs that were inside of the village and only three were left, but they were outside the village grounds. With a sigh, Yumi grabbed what looked like the easiest, to clean up a beach at Ota. There was a bad storm, and a few trade ships had been destroyed. The debris from the ships was littering their pristine beach, so they wanted someone to clean it up, them being the town council. The mission said to bring some gloves, joy it was going to be messy. With a sigh, Yumi headed home, grabbing a sterile chemist gown and put it on, in order to keep their nice clothes clean. The gown would stop Yumi from getting mucky. The medic then grabbed some sterile gloves and headed off, departing from the kirigakure gates.

In truth, Yumi looked quite odd as they walked down the path from Kirigakure towards Ota. The chemist didn't care, they were too occupied with thinking about the different types of chemicals they would be able to make once they bought the chemistry station. First things, they would need to make some medicines. They didn't have the skill, at the time of last creation, to make some medicines but now they did. Yumi planned to make a chakra recovery medicine and recovery medicine. As a medic it was important that Yumi keep up their chakra reserves while being able to heal their team-mates, without chakra that's when medicines and drugs became important.

Once Yumi had made the medicines they wanted, they would start practising a few new techniques to up their arsenal. With a higher skill level Yumi planned to learn a few C and B rank Ijutsu, same with Fuuinjutsu while adding some B rank genjutsu to his array of techniques. It was important to high a diverse range of techniques under one sleeve for all occasions.

Arriving at ota, Yumi headed to the beach and got to work. Using supplied trash bags, Yumi began to clear away the debris, slowly but surely. Putting and sorting it into the bags, keeping recyclable items to one side. The beach was an utter mess with ship debris, the muck didn't help. The medic scowled as they cleaned up the beach, their one clean gloves covered with filth. The gown Yumi was wearing was also filthy, they were not going to wash it but burn the gown into ashes, same with the gloves. It took all day but Yumi was finally down. Removing the dirty clothing, Yumi threw them onto a nearby fire that had been started to burn away some of the materials. Getting the mission signed by a member of the council, Yumi returned to kiri.

The exhausted Genin entered the mission office and got the mission stamped for completed. Receiving their payment, Yumi headed home to sleep. They were done for the day and would return tomorrow to complete the final two missions needed in order to buy the chemistry station.