Mission:
Mission Name: Training Field Clean Up
Mission Type: Chore
Mission Rank: D
Mission Goal: Clean up leftover ninja tools from the training fields.
Description: The training fields are becoming littered with leftover kunai and shuriken. The weapons have started to rust and break down, no longer of use. The local blacksmiths are asking for them to be collected so they can be scrapped, melted down and reused. Gather up all the leftover weapons and bring them to one of the local blacksmiths.
Payment: 10,000 Ryo
Requirements: Genin+

It was early morning, and Andalusa was sitting at the mission counter awaiting his mission assignment for the day. The sun had just barely crested the horizon but there was always someone in mission central in order to give orders to any shinobi who took night shifts. The genin had his usually immaculate suit on, long hair flowing down to his lower back and his overcoat on over it. He decided against the usual scarf today, but that didn’t make him any less well dressed. He’d been waiting about ten or fifteen minutes, waiting for the clerk to find a suitable mission before a scroll was handed to him.

Reaching up to take the offered scroll he’d nod his thanks before turning to walk away, opening the mission information in the process. It was a simple clean up mission. He was to go to a nearby training grounds and collect the old rusted and broken equipment. Like kunai and shuriken, and bring them to a local blacksmith. They could then melt them down and reuse the metal. Recycling on the art of killing at it’s finest folks. The well dressed genin would nod his head in complete understanding before leaving to begin his mission. Hell, since it was a training ground, he’d probably get some training in while he was there. Seemed wasteful to not take advantage after all.
Valris

The training ground was empty of people, but it was spacious, and the targets were littered with kunai and shuriken showing the varying degrees of success people had with their throwing practice. It would be a good place for Andalusa to start doing some practice of his own before going off to the local smith to complete the mission. First however, he would begin to move around the grounds, picking up shuriken and kunai and setting them into a large leather bag he had to hold them in. A cloth one would easily be punctured by the pointed ends, even if they were no longer sharp due to time and the efforts of constant use and abuse from the weather after being abandoned in a training field.

He’d work methodically, filling up a bag and then moving onto another, he didn’t have any other real plans to day, so the time it took for him to finish this task was more or less irrelevant. So, he could easily take the time to ensure he didn’t miss anything that might be in an odd place. He let his mind wander as he worked, letting himself think about what he wanted to do with his shinobi life, how he wanted to learn and grow.
_________________ 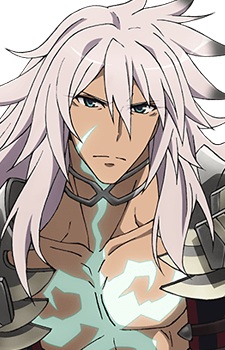 His thoughts would categorize his strengths, and what he could improve upon. He knew his mind was incredibly sharp. He could memorize information and never forget it, see pictures, read columns of numbers, the works. He’d never forget them at all. ‘Eidetic memory actually.’ He’d think, confirming the name of the ability. He could utilize the mind to form seal formulae, memorize medical facts, create fearsomely detailed genjutsu, study the elements on the periodic table to create viciously potent poisons or life saving medicines, or even bombs, or other chemicals that could help others. Meanwhile, his physical prowess was average at best. He would need to work hard physically in order to truly make the best use of his capabilities, in order to truly unlock whatever potential he wanted.

As he thought he’d continue working, moving around the training ground to pick up old shuriken and kunai that had been discarded in spars or thrown into the targets and simply left there. It was late morning by now, and the sun was high in the sky. Luckily, it didn’t get particularly hot up here in the mountains due to the elevation. As a matter of fact, he almost always wore his overcoat. He looked around to find that he had almost finished picking up kunai and shuriken, two bags being full already, he might have one more to fill up and he should have plenty of room in it leftover.
_________________