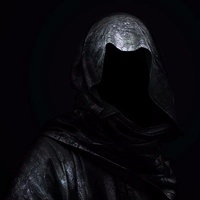 Mission Name: Gathering Herbs
Mission Type: Chore
Mission Rank: D
Mission Goal: Collect a basket of herbs
Description: One of the local owners of a herb shop have hurt themselves when they fell down some stairs. The owner would usually go out in the afternoon to pick herbs from the training fields, but because they can't walk they are looking to hire someone to do the job for them. Swing on by the shop to collect a basket and a book of herbs before heading off to the training fields. Return only once the basket is full.
Payment: 10,000 Ryo
Requirements: Genin +

Azra had spent a great deal of time in the village. It was only until recently that he had decided to become a shinobi, however. Up until then, he'd focused solely on the civilian lifestyle. He'd not gone so far as to create large businesses or meddle with the affairs of others. Instead, he worked alongside Deik to learn the inner workings of things here. Deik taught him a great deal of the materials available in this area of the world and of the typical methods of crafting. Azra already had a substantial level of experience with crafts, but he was new to this place. It was a strange land with many new facets that he knew fairly little about. To be successful, he needed to learn all that he could.

This meant spending time observing others as well. He grew in knowledge of the other civilians and the expanding military as the village continued to grow. With this knowledge, he learned of the different paths that people could take merely by making specific choices. Just one or two decisions could tremendously impact the nature of a person's life.

When Deik finally retired, Azra initially picked up the workload. He crafted what he could for the people that wanted it, but he needed to expand further than where Deik had gone. Deik was a typical, low class blacksmith. He was great with a hammer, but he never attempted to create the intricate designs that a more renowned smith might be known for. Azra was interested in this aspect. However, he noticed that it was only shinobi that requested this level of work. To offer supply to this sort of people, he would need some experience in their particular way of life.

This is one of a few reasons that Azra had chosen to alter his life's path and finally become a shinobi. It was very different than what he had grown accustomed to and it took away a large amount of time from his day. He could no longer tend to the shop and rely on its income. He now had to supplement with the rewards from missions. They were really the only option for increasing his finances with what little time he had left to tend to the shop, now that he actually spent some time in training.

He called it training. While he was on the training fields, he actually didn't do much. Instead, he'd stay back and away from sight. From there, he would watch other shinobi of equal or greater rank to himself engage in training. This allowed him to learn more about them, without having to push himself to those limits. If he was to be a shinobi at all, then he may as well be a good one. If he was to be a good shinobi, he must first learn the habits of one.

A less exciting part than watching the fireworks of high level techniques and rapid pace combat was the missions. As a Genin, Azra had very few options in what missions he was actually allowed to do. They were always the lowest of the ranks and were very menial tasks. Today, he was assigned to gather herbs for a shop owner that had been wounded too badly to accomplish the task himself. Azra had some minor interest in this one. While he'd spent a long time working on the smithing aspect of crafting, he hadn't done much in the way of herbs and overall chemistry. This was the first step in learning what may turn out to be an entirely new field.
_________________